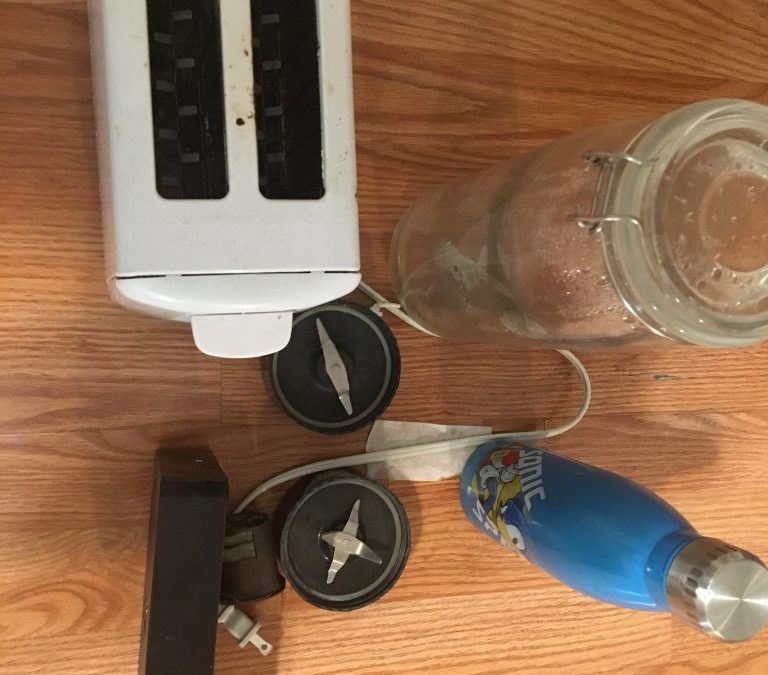 I didn’t blog about it until after midnight but I did get rid of six items today. I removed a lot more than six. I spent hours in my kitchen cleaning and discarding old items and food. I still haven’t finished but it’s a lot better than it was.

I’ve been doubting whether or not I’m feeling better or doing better since starting my new medication. On one hand, I spent most of the day in bed which has become a regular habit on the weekends, but on the other I cleaned a mess that was months old in my kitchen and removed food items that expired over 7 years ago.

I’ve never wanted to be surrounded by old things I don’t use and garbage. I haven’t kept it because I’m a hoarder or I have attachment to it. I haven’t had the will to fix things. In the past, I would get upset when people would “help” me with my mess because I then have no idea where anything is. I didn’t move it and I can’t access that other person’s brain to know where they put things.

It made me feel stressed and judged. If someone moves my things unprompted, it stresses me out and it makes me feel like I have to deal with an issue that I wasn’t prepared to deal with and on someone else’s whim.

There are several areas of my life where I suffer needlessly for long periods of time. From the outside, it makes no sense. If you want to do the work, just do the work. If you don’t want trash around you, take it out of the house and put it into the trash can. If you’re stressed out about what you need to do and haven’t done, just do it.

You would think a person suffering would just do what it takes to get out of suffering. Especially if it appears that nothing is stopping them. It appears that way, but that’s not what’s happening. When I don’t have executive functioning, I can know what to do and not be able to do it. I can want to do it and I can’t.

I’ve heard stories from others who are diagnosed with ADHD as adults. People have told me that a diagnosis allowed them to forgive themselves. It wasn’t that we didn’t try hard enough, or were selfish, or were lazy, our brains have always worked differently. Most environments aren’t optimized for neurodivergent brains.

This site uses Akismet to reduce spam. Learn how your comment data is processed.

Sponsor me or tip ❤

Try Audible Premium Plus and Get Up to Two Free Audiobooks